OLPC kikarwali was a pilot project with a mission to create educational opportunities for the children living in remote villages of Rajasthan, India. It was an attempt to build self sustained knowledge sharing local communities in Northern part of India. With a group of friends I was involved in prototyping a Model Village where kids get educated by the using connected devices, like rugged, low-cost, low-power, connected laptops with localised content and software designed for collaborative, joyful, self-empowered learning. In the process we provided training to the teachers and school going kids, also contributed in localisation of the XO laptops and Linux based Sugar Operating System. 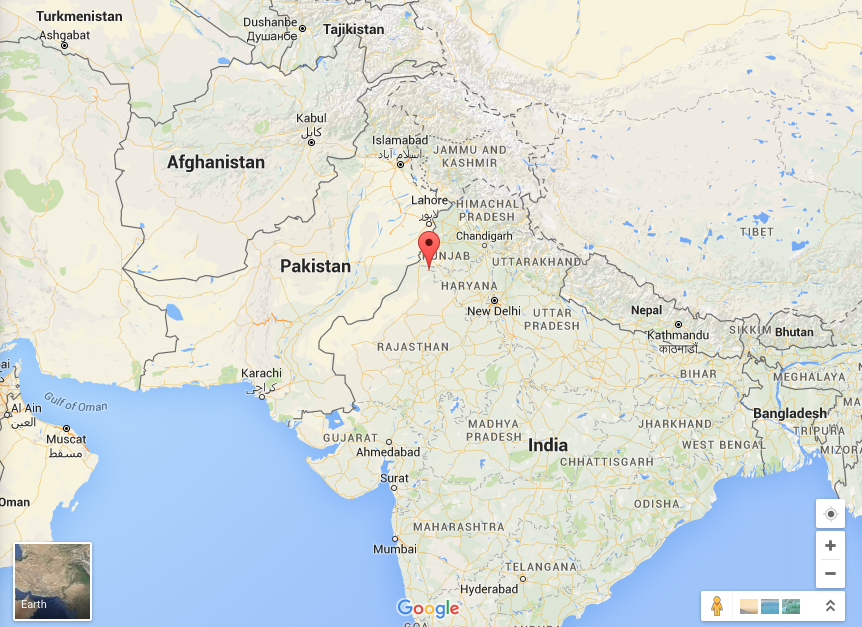 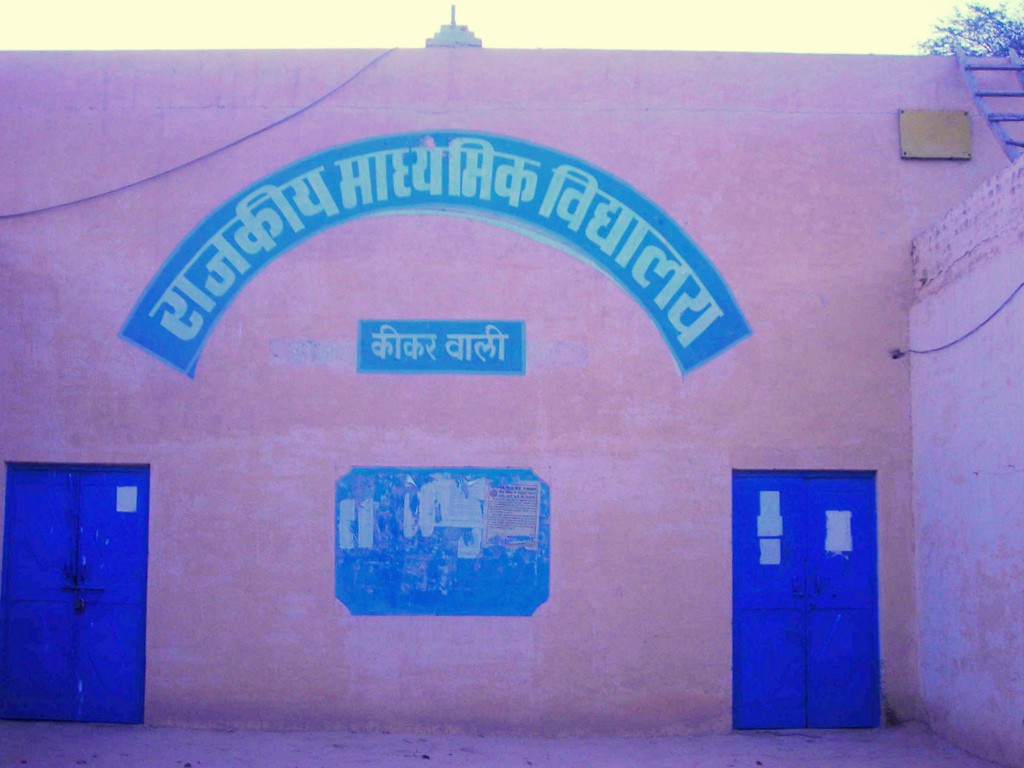 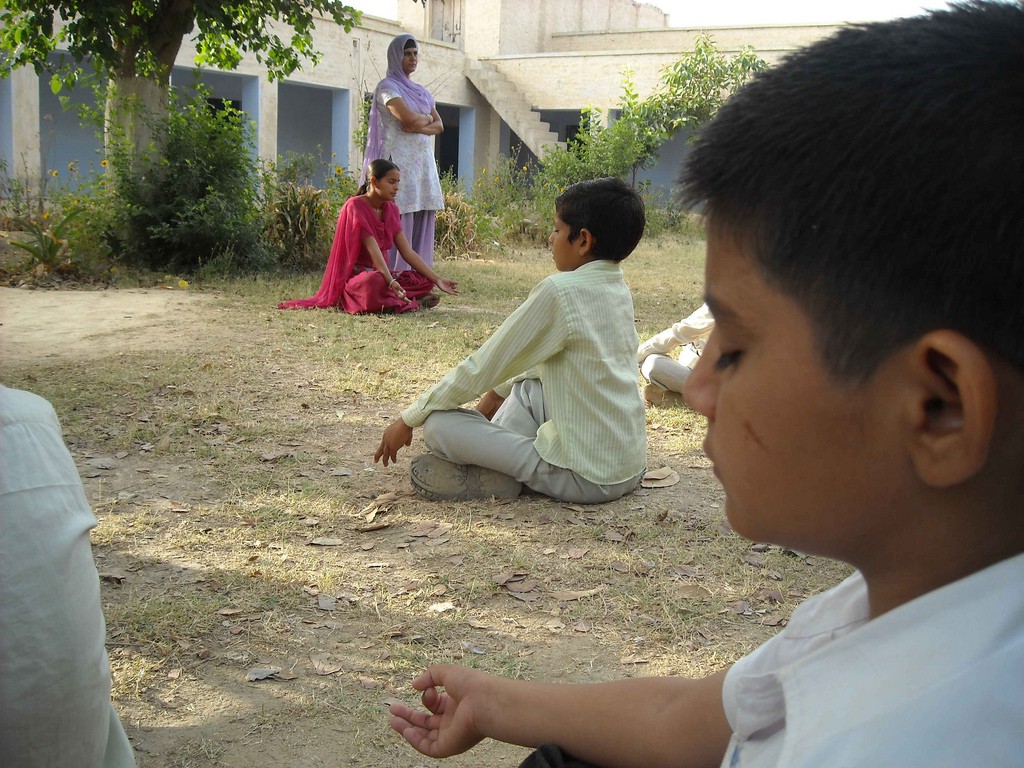 One of the main question which comes here is why give a laptop to a child who may have no electricity or water or even food ?

Our main main challenge was to let people know about the benefits of the program, trust was a big factor because none from our team was a local and we were pretty alien to the villagers. To reduce friction and gain trust we asked the head of the village to do a gathering where most of the villagers and kids were invited and were told about the program and its benefits. We were also facing some cultural challenges like villagers were not sending girls to the school because we were all boys and in that part of India girls are usually not allowed to talk to strangers especially guys. We talked to the villagers about this problem and some of parents came forward and started sending their daughters to the school. We adopted a technique of peer education, where in we taught some kids and they taught the others. It worked out well and girls started showing interest. 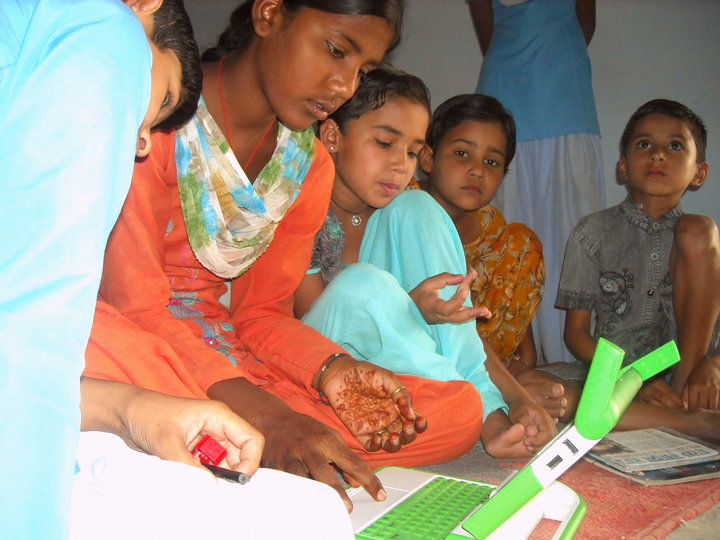 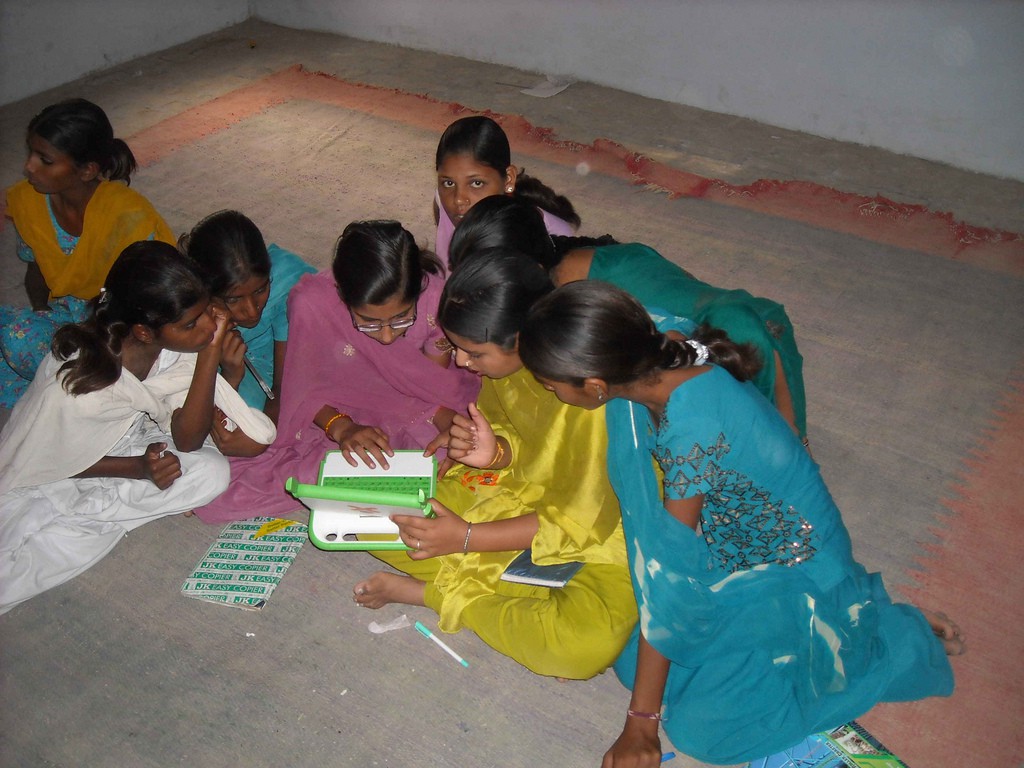 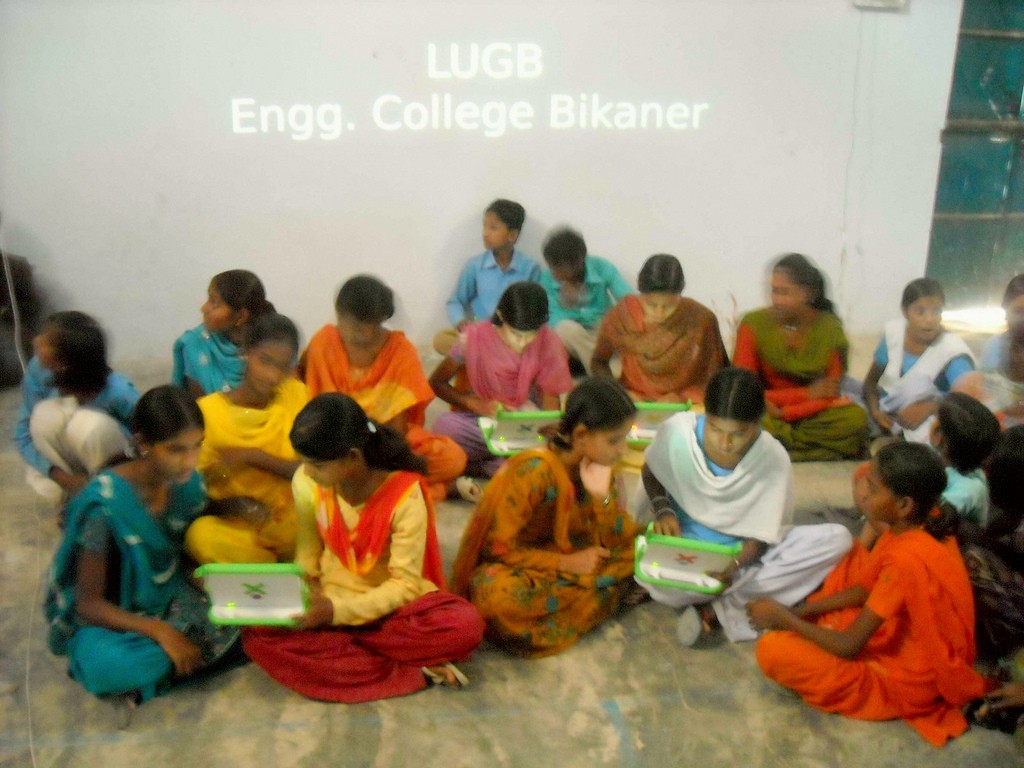 One of our motive was to localise the Sugar Operating system which runs on the XO laptops for the regional language which was Hindi. We also tested the XO UI which is an icon based interface, which is designed to be understood by majority of the children, irrespective of their level of literacy. Reporting to the Government of Rajasthan

We started a local community by training some of  the teachers and the children. A report containing the case study was presented to the government of Rajasthan. It was very well received and the government agreed to invest into the program and scale up this model to other villages as well.

Second phase of the project was funded by the government and 200 laptops were distributed to the villages, the chief minister of Rajasthan addressed the national media and journalists about the project. 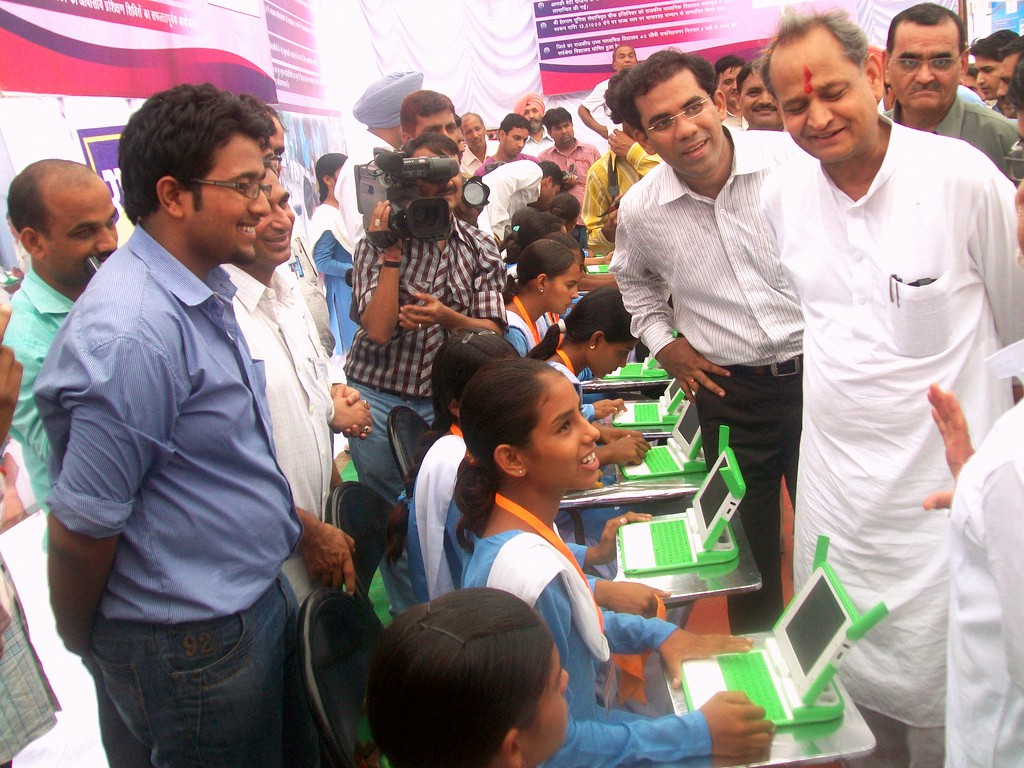 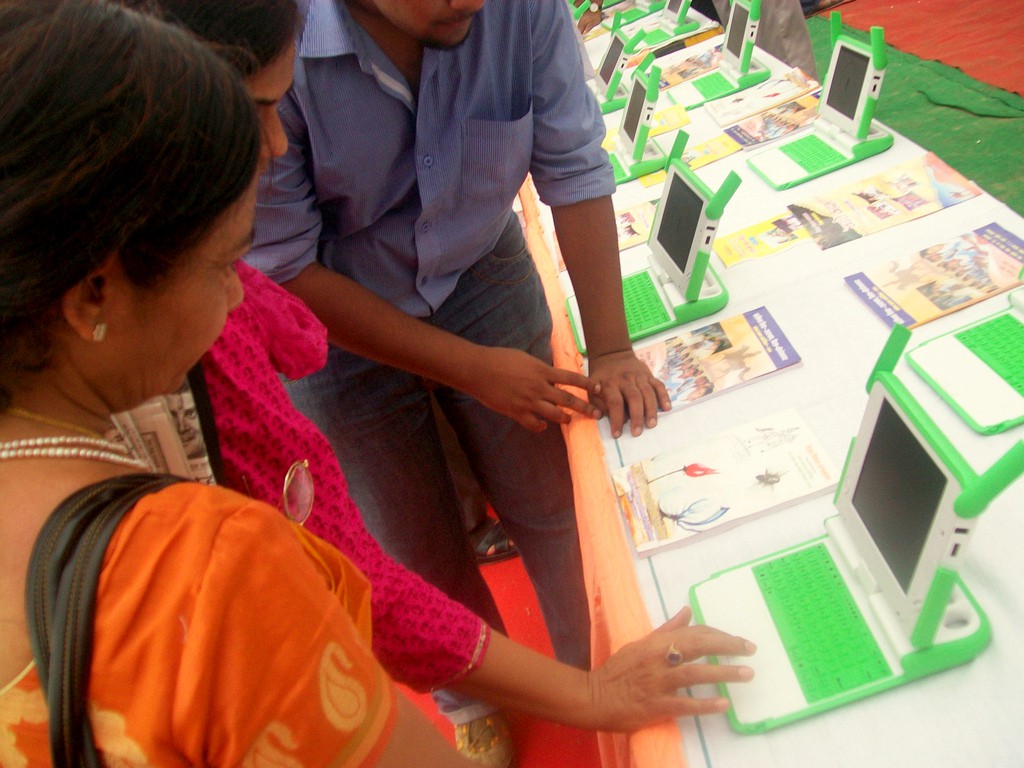 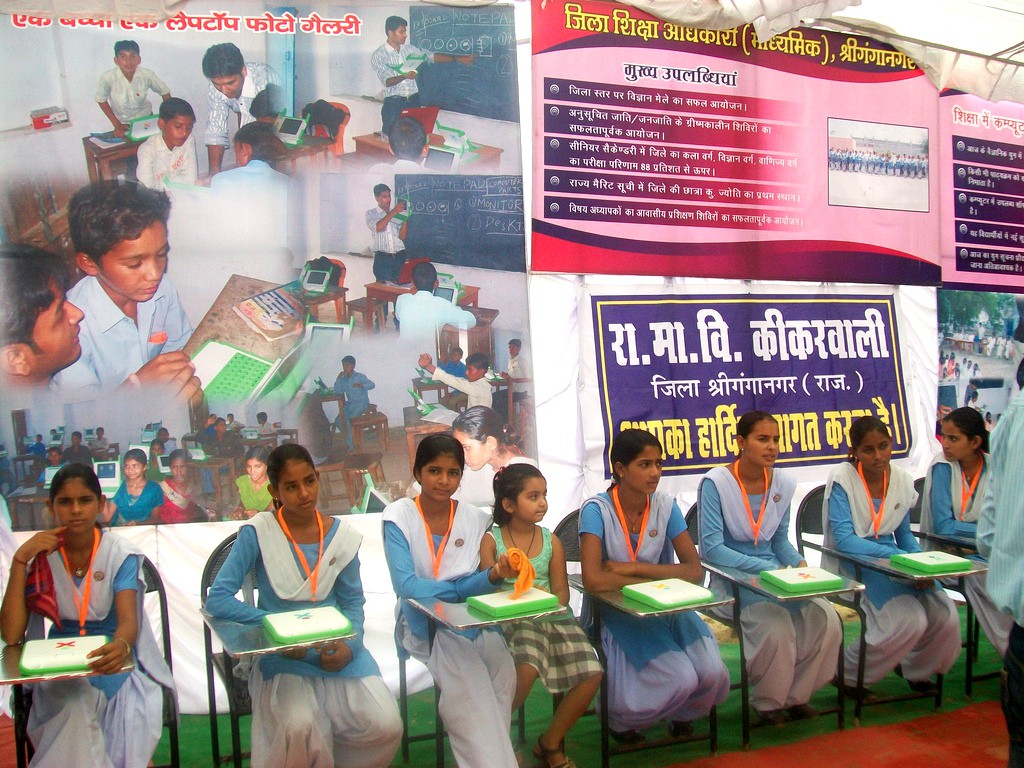 The project was one of its kind and very well received by the Open Source Community in the Country.

This project was featured at Laptop.org, India Foundation, and Indian media channels.